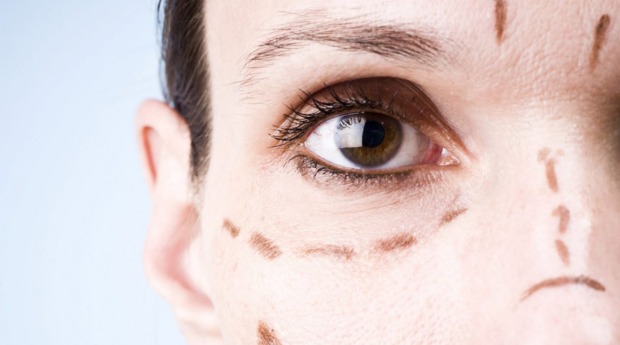 Traveling in search of medical care is not a new phenomenon but as a recent study points out, the difference today is that the flow has been reversed – the tourists are travelling from wealthy countries to developing countries, motivated largely by lower costs.

There are those who have made up their mind to have surgery – from rhinoplasty (aka nose job) to abdominoplasty (aka tummy tuck)– and are determined to have it done either by saving, borrowing at home or by travelling.

The 2nd type is a woman under 30 who travels with others in order to have breast augmentation, who perhaps would not have chosen to have the operation at home. “It was the whole package that they were buying, that is, new breasts, a great holiday, travelling with like-minded people,” Jones says.

It’s estimated that around 15,000 Australians travel overseas for cosmetic surgery each year – a figure that has, she says, likely increased slightly since the report was released 2 years ago.

1 in 6 of the 103 patients interviewed for the study experienced complications from their surgery and about 9% received further treatment back home.

While the study only encountered one patient who developed life-threatening complications from their surgery, 2 deaths were reported to the researchers during their inquiries. “We remain unable to compare the risks of surgery abroad with the risks of surgery at home because no data on risks at home exists and there is no reliable information on the number of patients travelling abroad for cosmetic surgery” it stated.

A recent British study found that people embarked on medical tourism with insufficient information and advice, with consequences ranging from troublesome to catastrophic.

Last year, a young British woman Joy Williams died after travelling to Thailand for surgery to increase the size of her buttocks. She reportedly developed an infection after the initial surgery, and died after corrective surgery a few days later. The surgeon, accused of carrying out surgery at night without a licence, has been charged with causing her death by negligence.

It’s cases such as this that strike home for Perth woman Tabatha Barrett. Tabatha went to Thailand to have much-anticipated breast implants and liposuction to her waist and thighs in 2010. After seven hours in surgery, she awoke to learn the surgeon had not gone ahead with the breast implants because there had been complications and she had needed two blood transfusions. She remained ill in hospital for four days, requiring another four blood transfusions. After she refused the hospital’s push to go ahead with her breast implants, she flew home.

Tabatha says three litres of fat had been removed from her stomach and four litres from each leg – a total of 11 litres and more than double the five-litre maximum that is recommended in one procedure in Australia.

Back home, she developed an infection as well as potentially deadly blood clots and was left in pain for months – and with disfigured legs.

In 2011, the company she’d booked the trip through agreed to pay half the costs for her to have corrective surgery in Australia. She is saving up for further corrective surgery. “I let myself believe that having cosmetic surgery overseas was the same as having it in Australia, only cheaper, with a bonus holiday. Instead, I found recovering from surgery was certainly no holiday, it was certainly not cheaper (due to the cost of repairing the poor job) and most importantly, it almost cost me my life,” she says in a blog on the website of Absolute Cosmetic Medicine, where she underwent the corrective surgery.

Dr Glenn Murray, the Perth surgeon who did her reparative surgery, is blunt about the risks of travelling overseas for medical procedures. “The Third World is called the Third World for a reason,” he says. “If you can’t drink the water, why would you risk your life there?”. He says the clinic has done corrective surgery on “hundreds” of patients following botched overseas procedures.

The Australian Society of Plastic Surgeons has warned consumers against going overseas for cosmetic surgery – a stance president Dr Hugh Bartholomeusz says is about the welfare of patients, not about protecting local surgeons’ interests. “It is one of our greatest concerns, for the patient sake, not for our sake “ he says.

While he agrees complications can arise after surgery conducted anywhere, Bartholomeusz says when it is done overseas, the surgeon is usually not around to deal with any postoperative problems.